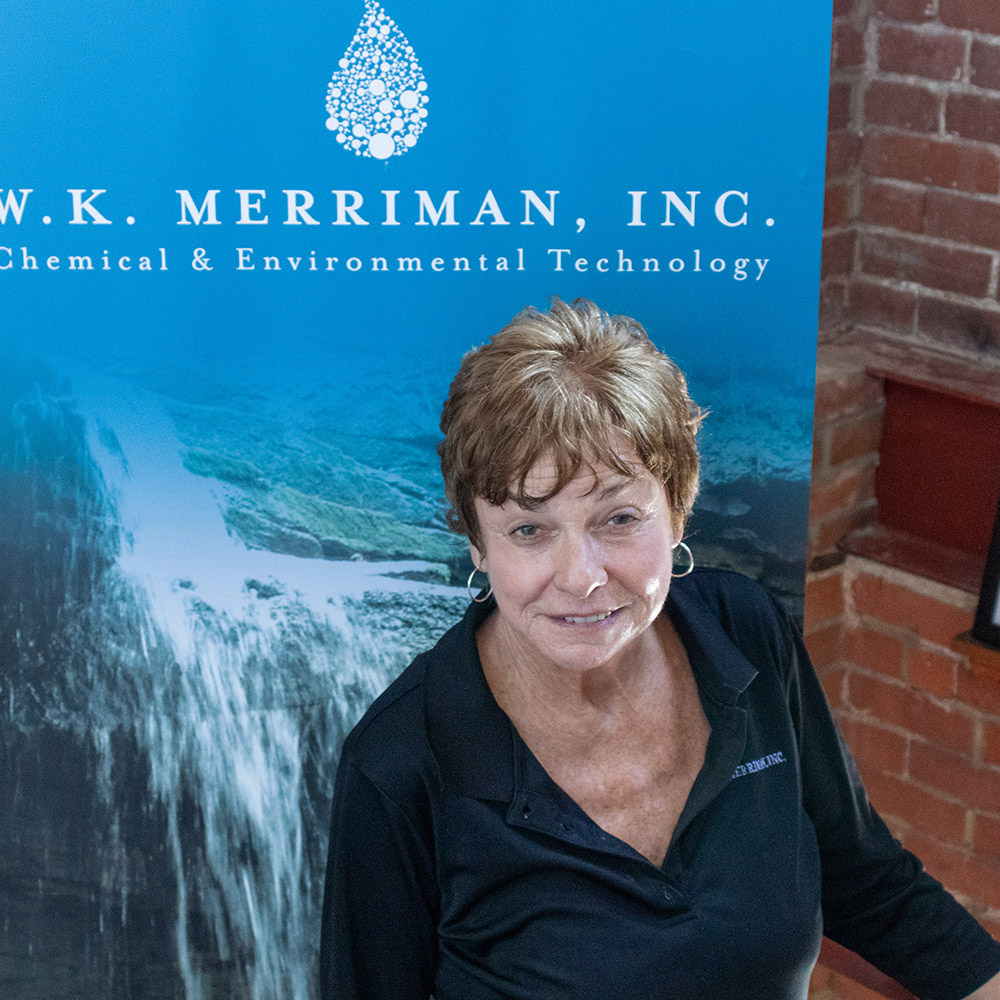 Mary Ann Merriman is the CEO of W.K. Merriman. Mary Ann began her professional career working for Westinghouse. In 1986, she traded in the suits and high heels for hard hats and safety shoes with the startup of W.K. Merriman. She successfully balanced the tasks of establishing the business while also working as a full time mother raising her son and daughter. In an ever changing business world, Mary Ann developed and shaped the foundation of our approach to industrial environmental requirements. As a lifelong Steeler fan, she enjoys watching or attending live games at Heinz field.  She also enjoys traveling and the outdoor life by golfing or spending time on the Ohio River kayaking. 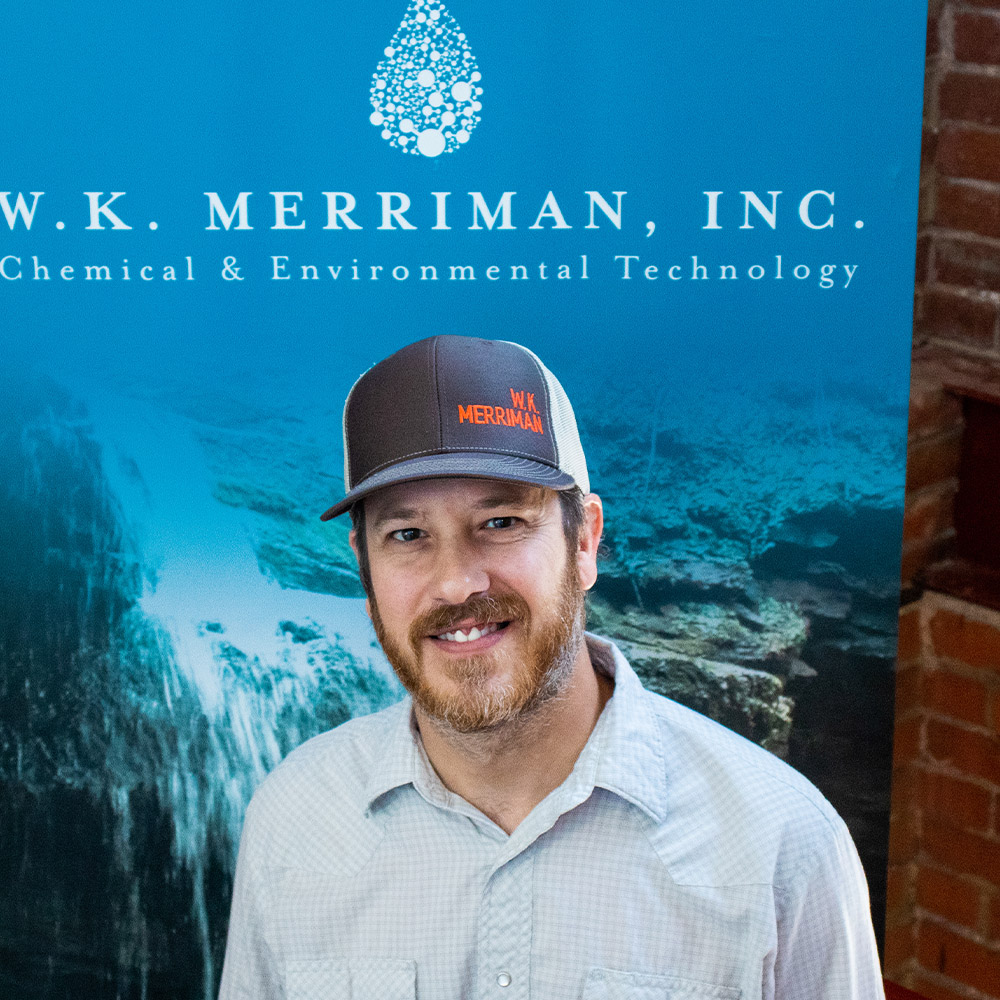 Matthew Morosetti is the President of W.K. Merriman, and has been with the company for 20 years. Matt is a graduate of Penn State University where he earned his BS in Geo-Environmental Engineering. Shortly after in 2002 Matt earned his Masters of Business Administration from the Katz School of Business at the University of Pittsburgh. Matt started his career as a Process Engineer & Project Manager in 1999.  After 4 years with WKM team, Matt was promoted to Technical Director, and shortly after he became the Vice President of Technology. With an engineering background and business focused mindset, Matthew took on a leadership role as President in 2015.  When Matt is not balancing his many hats at WKM, he enjoys running, traveling, snowboarding, and relaxing with his wife and Vizsla, Nellie. 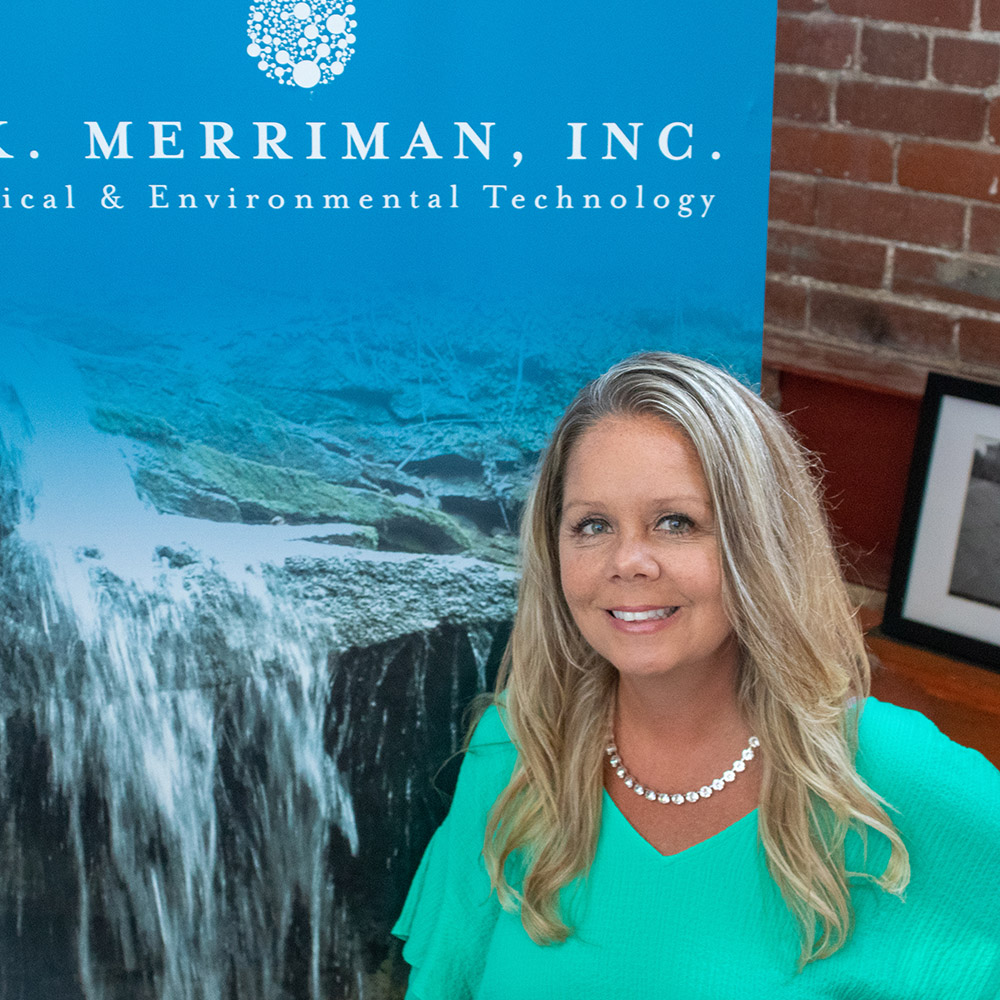 Wendy Chevalier is the Vice President of W.K. Merriman, and has been with the company for 22 years. After graduating from Penn State University with a BS in Geo-Environmental Engineering / Minor in Civil-Environmental Engineering, she was hired on with the company as a Marketing Assistant. Over the years, Wendy’s role has grown to include market development, employee management and customer retention. She has had professional articles published in several magazines, such as Reclamation Matters and World Coal. She has served on the Board of Directors of the Chemical Association of Pittsburgh, is a member of various Environmental groups, and attends multiple trade shows throughout the year to stay current with today’s ever changing environmental regulations. In her free time, Wendy enjoys hiking the National Parks, running Half Marathons across the country, and planning the next adventure with her three teenage daughters. 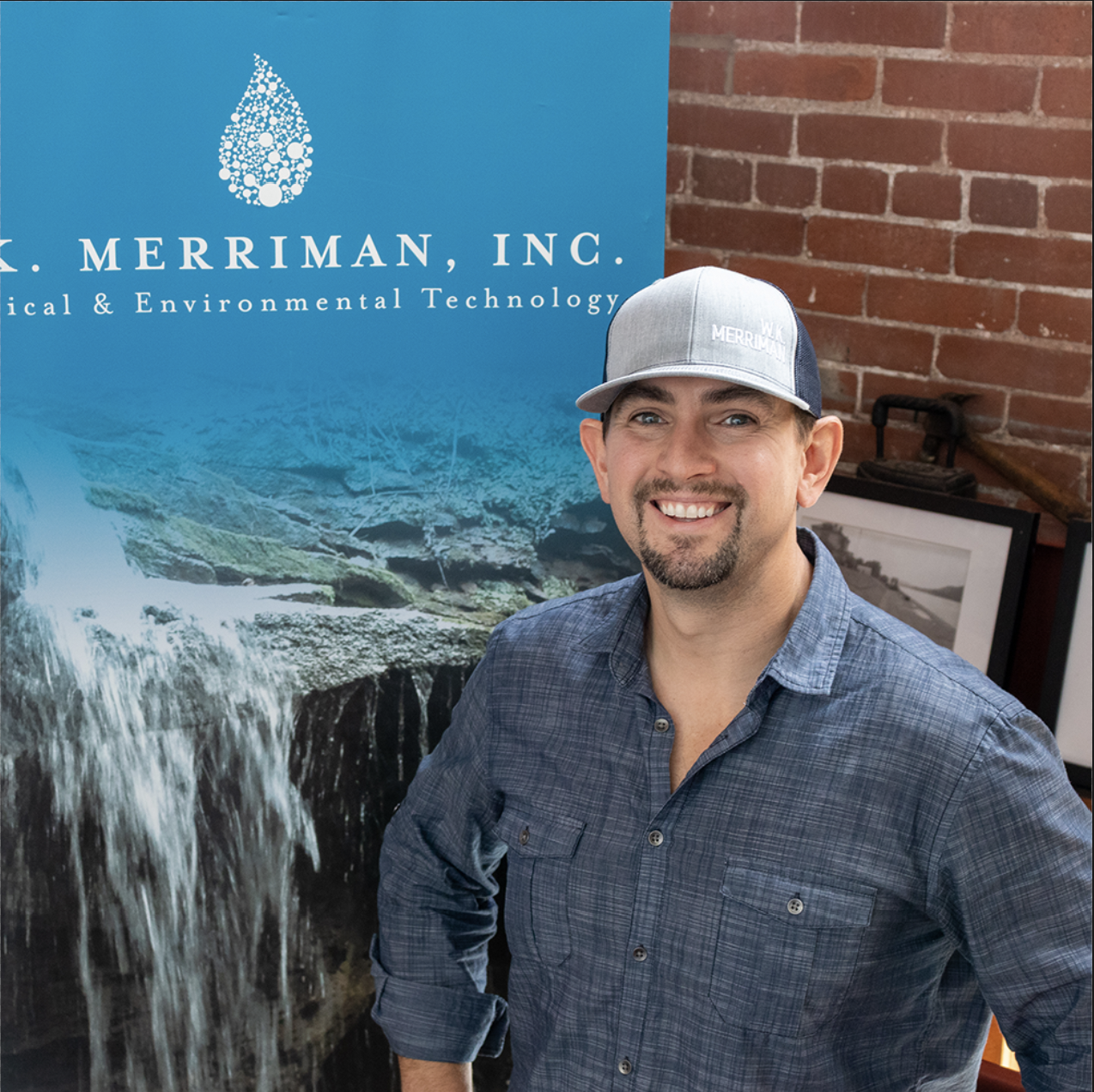 David Miller has been with W.K. Merriman for 15 years.  Starting with an internship while attending Robert Morris University pursing a bachelor degree in Business, David was hired full time working to develop new business until 2005 where he moved to a Sales role at Thermo Fisher Scientific for two years. During that time, his experience in the professional sales role grew as he covered the Pennsylvania and West Virginia territories. While remaining close with the W.K. Merriman team, David moved back to join the company in 2007 to grow the Oil and Gas Business sector.  That business then expanded to form WKM LLC in 2013 to meet the demand and growth in the Marcellus and Utica Shale formations.  He has been an active board member with the Chemical Association of Pittsburgh, serving as President of the Association in 2020.  He also volunteers on multiple Pittsburgh Chemical Day planning committees.  David is a Pittsburgh native, enjoys traveling domestically and internationally, biking, live concerts, and remains a weekend warrior playing baseball and softball regularly. 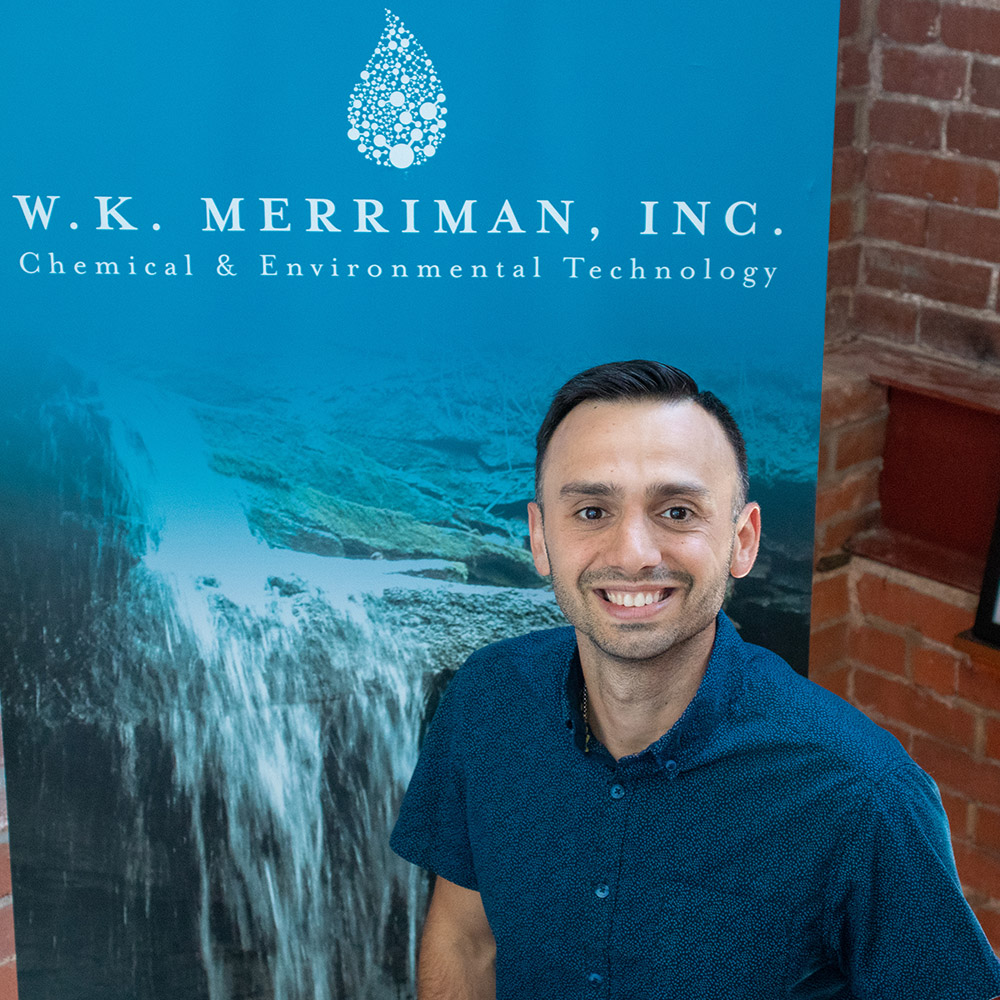 Chris Leber is a marketing and technical specialist with over a decade of successful experience in strategic marketing strategies and product implementation. Chris is a 2009 graduate of Robert Morris University, and found his niche at WKM by bridging the gap between the WKM marketing and technical team. His projects range from developing successful marketing strategies for products and services, to implementing these strategies in our industrial and municipal treatment plants. Chris’ on-site technical skill set includes system surveys, trial start-ups, and full scale chemical conversions. As a member of WEF and WPWPCA, Chris represents WKM at local and regional trade shows to highlight WKM’s wastewater treatment capabilities and services. 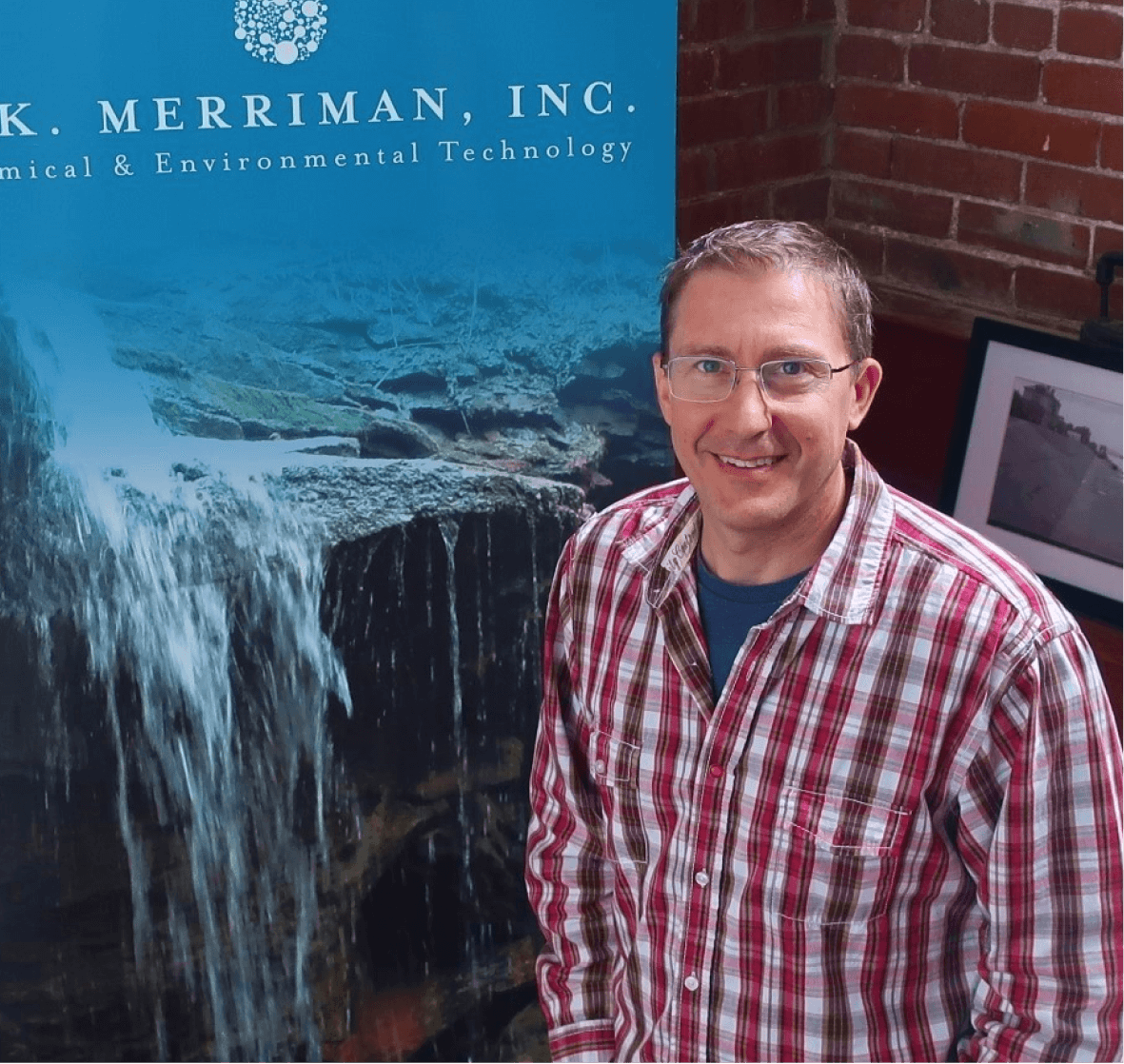 Joe Servick is a Veteran of the US Army Corps of Engineers and graduated Slippery Rock University with a degree in Environmental Science in 2005. He was brought on at WKM in early 2021 and his experience includes Environmental Regulation/Reporting, Oil and Gas industry site reclamation, remediation and recovery, and day to day operations at multiple industrial water treatment plants. As part of the Sales and Operations team at WKM, he will help oversee system surveys, trial start-ups, and full scale chemical conversions. Joe is a resident of the Pittsburgh area, enjoys traveling, rollerblading and anything outdoors. 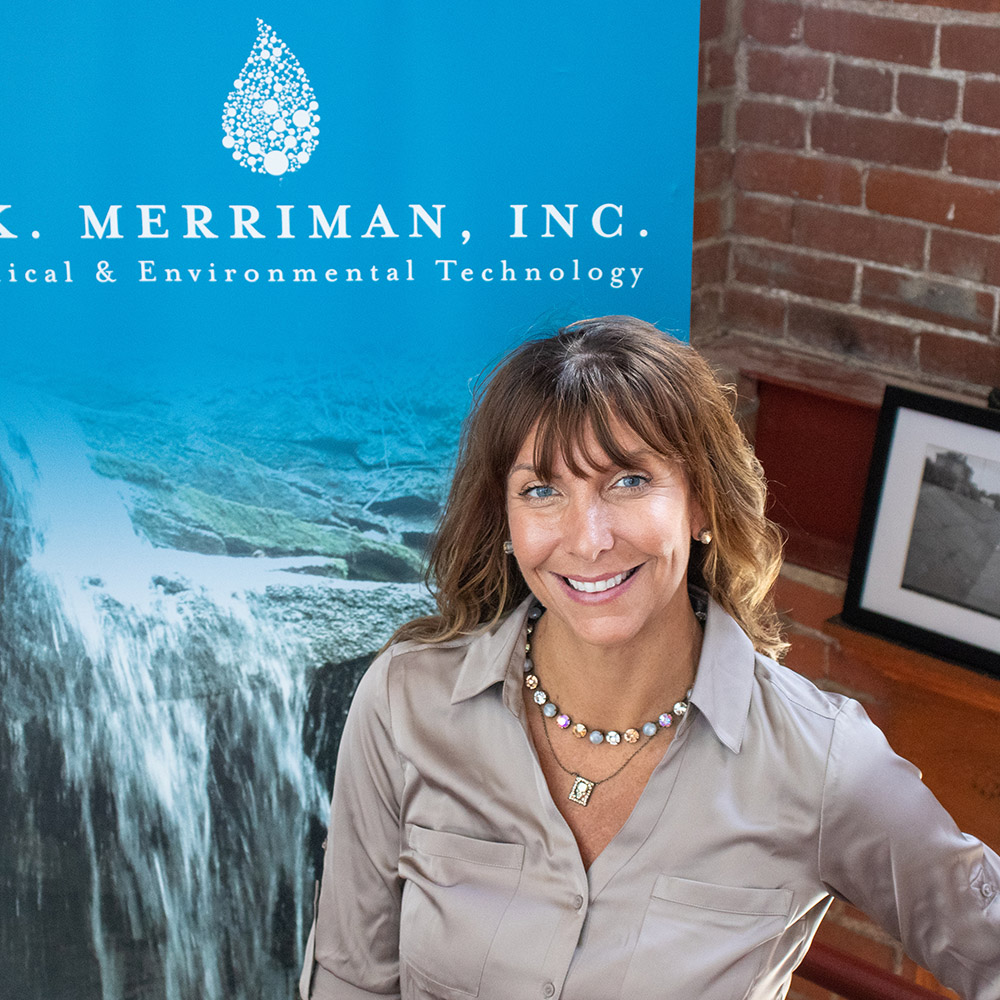 Melissa is a graduate from Indiana University of Pennsylvania with a Bachelor of Science degree in Child Development and Family Relations.  Worked as a Social Worker from 2000 to 2006 as a therapeutic staff support (TSS) with kids and adults in Dayton, OH and then in Pittsburgh, PA.  After a successful career with assisting families meet and achieve their goals, she then joined her family business in 2006 as the assistant Office Manager.  In 2017 Melissa moved to Office Manager where she oversees all WKM orders, Accounts Payable, Accounts Receivable, customer inquiries on a daily basis in an organized and timely manner.  Melissa has a tenacious approach to tackling challenges which was evident by walking onto the IUP volley ball team to then earning her way and become captain in her Senior year.  She currently practices yoga regularly, still plays competitive volleyball weekly, and supports all three of her daughters with their cheer and dance commitments. 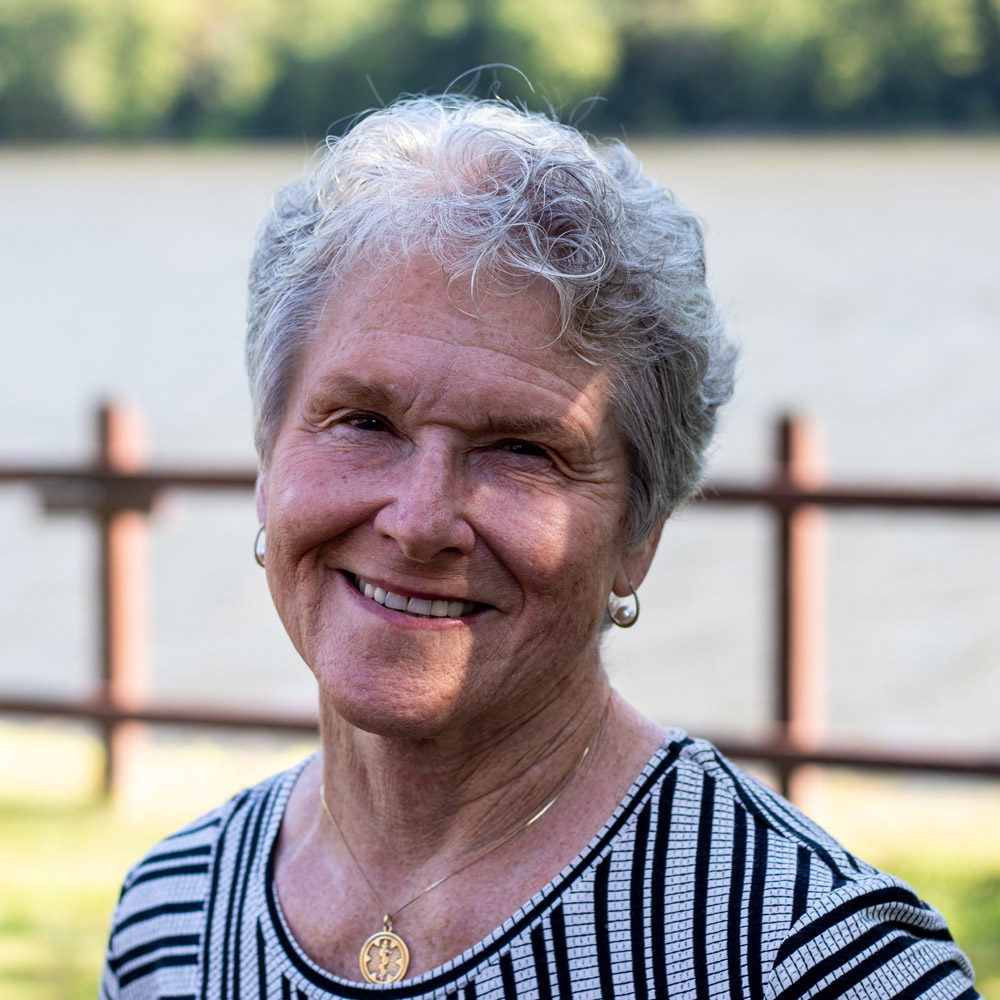 Marilyn McGuigan has been with W.K. Merriman for 13 years. Attended the University of Pittsburgh and worked there as the Accounts Payable Office Manager. She then moved to FedEx Corporation working in Human Resources where her achievements resulted in the Key to the City presented by the Mayor of Cleveland. With a successful career at FedEx, she then moved to part time at W.K. Merriman to help with administrative work for the CEO, Mary Ann Merriman. She continues to support Mary Ann and other staff. Marilyn has always lived in the Pittsburgh area, enjoys golfing, walking on the Montour trail and skiing at Seven Springs.